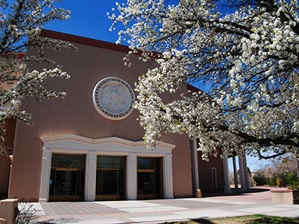 After 8 years of incompetent and corrupt state government, New Mexicans can finally have hope that actual governing is going to take place and the news coming from the Roundhouse seems to affirm that hope. One of the largest concerns of New Mexicans is the depth of crime and poverty plaguing the state and it appears that our legislators (on both sides of the aisle) are recognizing the problems and addressing the crisis with bold and just legislation that will go a long way in turning our state around.  Please read the following article from the NM Political Report.

“There’s talk of a massive “omnibus” bill that would feature changes to New Mexico’s probation and parole systems, reparations for crime victims, the way law enforcement uses eyewitness testimony to seek convictions and several other laws.
Then there are the reforms that, in years past, have found support from both political parties but ultimately met the veto pen of Gov. Susana Martinez, a former prosecutor who for eight years stuck to her belief that New Mexico needed tougher penalties for lawbreakers, but largely stiff-armed proposals to address systemic injustices”

Congratulations to Antoinette Sedillo-Lopez who has just been appointed to Senator McCorley’s senate seat.