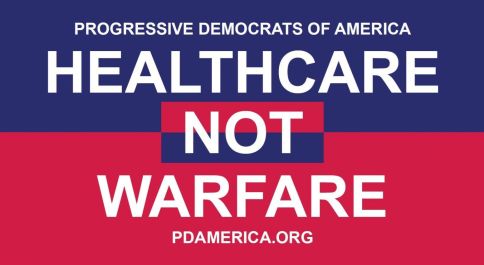 Rep. Nathan Small has introduced SB 207, the Surprise Billing Protection Act to protect consumers from this unfair billing practice. If you have a story to tell please send it to PAIGE.DUHAMEL@state.nm.us in the Office of the Superintendent of Insurance who is in support of this bill.

These surprise bills can be quite large. Patients may receive bills from multiple providers. One study showed that ambulance rides were billed out-of-network roughly half of the time.

The goals of the bill are to:

1)    Limit the amount billed for out-of- network emergency room care to what the patient would owe an in-network provider,

3)    Advise emergency patients that they could run up excess charges if they are in an out-of- network hospital; obtain statement signed by patient that they have been told and understand

4)    Eliminate “Balance Billing” or the ability of a provider to bill a covered person for the difference between the provider’s billed charges and the amount allowed by the insurance plan.  Payment disputes would be resolved by physicians and insurance and not involve consumers.

* The New Mexican Patient Protection Act allows insurers to bill only what a patient would owe an in-network provider for out-of-network emergency care.

There have been other efforts to regulate health care plans to mitigate surprise billing, including a bill introduced in Congress in 2017 by now Governor Michelle Lujan Grisham, “The Fair Billing Act of 2017.” Without federal legislation, states are stepping forward to regulate plans themselves.  Other considerations are to establish legislative guidelines for out-of-network providers to seek more payment from insurance carriers based on a formula set up by either state rules or through a federal formula.