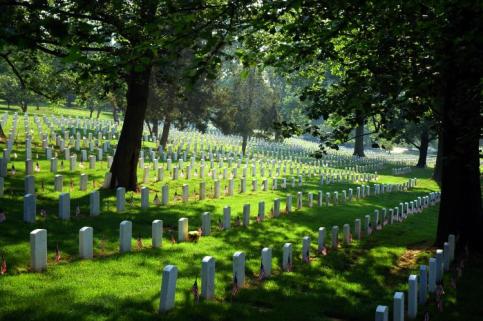 This Memorial Day message is to all you dedicated, compassionate and, yes, frightened activists who are beginning to feel physical and mental fatigue as you attend one more meeting, write one more letter, make one more phone call, or carry protest signs at one more rally at the cost of spending time with your family and friends, reading a good book, taking a long walk or just practicing a brief meditation, I would like to remind us all of some who have gone before us whose sacrifices most of us will never begin to match. I hope they give us all some hope and confidence that our efforts are not in vain.

I recently read a Bill Moyers interview with Peter Dreier, author of the 100 Greatest Americans of the 20th Century: A Social Justice Hall of Fame. I haven’t read the book so I can’t recommend it, but I list here the names of some of those “progressive leaders who ‘have fought to make the US a more humane and inclusive country'”. In addition to the better-known heroes in the history of our progressive movement like Martin Luther King, Rachel Carson, Justice Louis Brandeis, Walter Reuther, Cesar Chavez and Franklin and Eleanor Roosevelt, he lists several lesser-known people of note. “Tom Johnson, the progressive mayor of Cleveland; Ella Baker and Bayard Rustin, behind-the-scenes organizers in the Civil Rights movement; Alice Hamilton and Florence Kelley, two of the leading settlement worker activists in the early 1900s who led movements to improve workplaces and who fight against child labor; Myles Horton, who founded the Highlander School as a training center for labor and civil rights organizers; community organizer Saul Alinsky, who’s become famous in the last couple years because of attacks on Obama and his alleged ties to Alinsky.” Others are John Muir, early advocate for the preservation of wilderness; Robert Wagner, a state legislator and later a US Senator, who fought to enact the first reform laws; Frances Perkins, first woman Secretary of Labor who was responsible more than anyone else for bringing us Social Security and the minimum wage. The story of her life and the challenges she faced should give us all inspiration to face another fight for a better world.

The interview doesn’t mention the women who struggled for voting rights for women; but the book must include early heroines like Susan B. Anthony and Elizabeth Cady Stanton, who didn’t live to realize the results of their efforts. However, they never gave up in spite of overwhelming opposition.

One hopes that the book talks about early leaders of the gay rights movement like Harvey Milk, who made the ultimate sacrifice in his fight for gay rights.

Of course there are many more. None of these notables was perfect and their contributions varied in courage and sacrifice. But hopefully their memory will help us get through the next 3 1/2 years and way beyond.

Read more articles in the