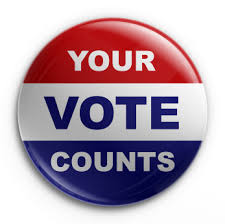 OPINION- DON’T BE FOOLED-
GARY JOHNSON IS NOT A PROGRESSIVE

Of late, Libertarian candidate for President Gary Johnson has been emphasizing his common ground with those who lean left. I taught at the University of New Mexico during Gary Johnson’s tenure as the Republican governor of the state-the only political office he’s ever held-and would urge progressives and centrists who are considering voting for him to take a hard look at his record.

His years in office, 1995-2003, were marked by a relentless drive to privatize or eliminate state services, most notably prisons and education. Known as “Governor No,” he attempted to wrest power from the Democratic legislature by vetoing a record number of bills (around 740). He ended collective bargaining rights for state employees, slashed funding for social programs, cut taxes for the wealthy, and implemented one of the country’s most restrictive welfare reforms, “Progress New Mexico.” He cut off Medicaid funding for abortions that doctors deemed medically necessary and vetoed bills to raise the minimum wage. When the NM Supreme Court struck down “Progress NM,” he continued to implement it anyway and was found in contempt of court. Lawmakers took Johnson to court at least three times for overstepping his bounds-and won.

Through it all, he remained obsessed with his workout regime-marathons, hang-gliding, skiing-giving his time in office a theater-of-the-absurd quality that rivals even today’s antics.

New Mexico is still digging out from problems caused by Johnson’s tenure, which was a time of chaos, gridlock, and abuse of power.

Minrose Gwin
Albuquerque, NM
This piece is a repeat but worth a reminder.

Read the more articles in the